The Federal Government of Nigeria has approved the construction of Bakassi Deep Seaport which is currently ongoing. Cross River State Governor, Prof. Ben Ayade announced the report and said that the approval has paved way to launch the port on a commercial scale.

The Bakassi Deep Seaport is to become the second trade port in Nigeria, after the Apapa port and would be the maritime gateway for the country’s landlocked northeast. This is because the rest of the ports are oil terminals.

The project development is supported by the interim transaction advisors, The Infrastructure Bank, and China Harbour. The project entails an evacuation corridor and a six-lane highway linking the port with the north. The proposed six-lane highway spans 162 miles across the length of the geographical space of the state from Bakassi in the South up to Northern part of the state which borders with Benue state in North Central Nigeria.

The 20-metre-deep harbour will cost approximately US $800 million and will be built via a public-private partnership (PPP). Upon completion, the Bakassi port will reduce congestion faced in Lagos ports and the Onne West Africa Container Terminal in Rivers State. It will also aid in the transportation of farm produce from the north to other parts of the country.
“The outline business case proposed a 20-metre-deep harbour for transnational shipping, making it “the deepest seaport in Africa,” said Governor Ayade. 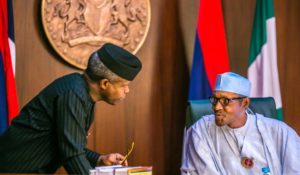