The Nigeria Communication Commission, NCC, on Monday said that the trial of 5G, the fifth generation network technology, would be on trial for three months in the country before actual approval and rollout.

The Executive Vice Chairman of NCC, Prof. Umar Danbatta, said this on the sideline of the Mobile and Disruptive Technology, MoDITECH, Forum 2019 in Lagos.

The theme of the forum is ‘The Power of Digital Services”.

Mr Danbatta said that the trial of the 5G technology would enable the commission to see the key attributes it attained before approval.
The executive vice chairman, represented by Engr Banko Wakil, a Director at NCCHe, said 5G was like a proof of concept to be carried out by operators with the existing frequency and spectrum.

He said that as usual, the proof of concept would be tested by all NCC major vendors in the country.

Mr Danbatta said that there were emerging new technologies the commission needed to monitor before their full deployment.

”As such, there is need to put in place the right framework for the technology to rise technically.
”Very soon there will be the deployment of 4G in every city to make people in rural area have access to reliable internet services,” he said. 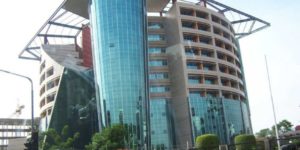