Onegoodhead.com has been following Zulfat Suara after this post ‘Meet Zulfat Suara – First Muslim Set To Be Elected In Tennessee US” on August 9 here on NL

Onegoodhead in the post reported that she contested for one of the five Nashville Metro Council advanced seats in Tennessee on August 1 2019, Suara is also running in the general runoff election on September 12, 2019, after advancing from the general election on August 1

ZULFAT SUARA biography can now be spiced with ‘member of the Nashville City Council’, member of the Tennessee Women’s Political Caucus and the American Muslim Advisory Council, The Election Board after her victory confirmed her as the first Muslim lawmaker elected to the Metro Nashville Council.

Excited Zulfat Suara after her victory For the Metro Council at Large reacting to her history-making win, saying she’s proud of her diverse support-base which she takes as a mandate for the council to help create a “NASHVILLE FOR ALL”

Suara finished second in the general election, falling just short of avoiding this runoff. She said she hopes her election sends a message of unity to the city and to the country.

Popular opinion suggest that Cities are known to have a different culture than the rest of the state, and even country. They are more educated, diverse, and therefore more tolerant of each other. and here is a testimony from a voter.

“I voted for her because she is a CPA – good person to have around when budgets are being prepared- and because she cares about our schools, and they need caring about. I am glad she won and hope she serves us well on the Council. You folks that are freaking out about her religion have much to learn.” 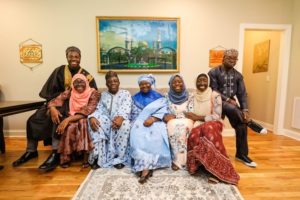