President of the Nigeria Union South Africa, Adetola Olubajo, had said that recent attacks began on Sunday morning in Jeppestown area of Johannesburg.

Mr Olubajo said in a statement on Monday that the mob “looted several shops that were around the vicinity suspected to be owned by foreign nationals.”

Reacting to the development on his Twitter page, Murray-Bruce said;

“I am saddened by the stories and videos coming out of South Africa.

“I’ve also read reports that the Nigerian embassy in South Africa denied entry to Nigerians who visited to register their displeasure.

“These incidences are unfortunate. Our citizens deserve better!.” 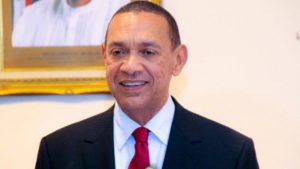