The Federal Government on Tuesday said there was no going back on the October 31 deadline President Muhammadu Buhari gave public servants to register for the Integrated Payroll and Personnel Information System .

The Minister of Finance, Budget and National Plannning , Mrs Zainab Ahmed, who stated this while briefing journalists after the National Economic Council meeting chaired by Vice President Yemi Osinbajo at the Presidential Villa, Abuja, added that members of Academic Staff Union of Universities must join the IPPIS .

She said , “ I didn ’t see the notice that ASUU is to go on strike if they are forced to be on the IPPIS . The President of the Federal Republic of Nigeria has directed that every agency of government , every worker must be on the IPPIS . And my job is to comply with the President’ s directive . That is what I do and we are going to do that . ”
The minister, however , said there was still room for negotiation , adding , “ We will be engaging ASUU ; we will be discussing with them. ”

ASUU threatens strike over FG payroll system
But ASUU members in Bauchi , Gombe and Plateau states said they would resist the IPPIS .
The Zonal Coordinator of ASUU , Prof. Lawan Abubakar, stated this while addressing journalists at a press conference held at the Abubakar Tafawa Balewa University , Bauchi .
He said , “ We already have a standing order for our members that ‘if you are not paid, you don’ t work’ , as simple as that. In fact , if we don’ t get our salary, the next day of the new month , we will not work.”

National Secretary, Congress of University Academics, Dr Henry Oripeloye, in an interview, said the group would make its decision on the IPPIS known later in the week.

He said the OAU chapter of CONUA would hold its congress on Thursday, adding that other chapters would deliberate on the issue during their meetings expected to hold before Friday this week.

“ We derive our powers from the congress. The OAU chapter will hold its congress on Thursday this week and we expect that other chapters will hold their congresses this week. After that had been completed, then the national body will look into the resolutions of the congresses and take position on the issue of the IPPIS , ” Oripeloye said . 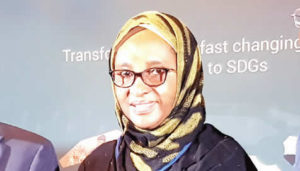