Five months after the 2019 general elections, no fewer than 35 National Youth Service Corps members and other ad hoc workers, who were killed or injured in the process, have yet to get their insurance benefits.

The Independent National Electoral Commission confirmed this figure to our correspondent on Wednesday, adding that eight of the 35 ad hoc workers died during the 2019 general elections, while 27 sustained injuries from accidents or attacks by hoodlums

Our correspondent can confirm that two of the deceased
were corps members, while three others were among the injured.

Recall that about 300,000 corps members participated in the last general elections. Some of them reportedly died or sustained serious injuries during waves of election violence recorded in parts of Ondo, Rivers and a few other states.

In Ondo, a corps member named Ibrahim Okanlawon, who was deployed as an INEC ad hoc worker during the elections, allegedly died in a boat mishap on Saturday, March 10, 2019, while returning with election results.

Okanlawon, who was deployed for the House of Assembly elections, had served in Arogbo Ward II in the Ese Odo Local Government Area of the state, before the accident occurred.

Another corps member, Ibisaki Amachree, was killed during the February 23, 2019, Presidential Election in Rivers State.

Also in Anambra State, the NYSC had confirmed that there was an attack on corps members on election duty at the Obosi Collation Centre in Idemili North Local Government Area.

Unknown gunmen had attacked the centre on Sunday, February 25, 2019, after the Presidential and National Assembly elections and injured the corps members, one of them identified as Benita Sunday.

The electoral commission, in an exclusive interview with our correspondent on Wednesday, said all the 35 cases and insurance claims were being processed by the insurance company engaged by INEC to provide cover for its ad-hoc staff.

The Chief Press Secretary to the Chairman of INEC, Rotimi Oyekanmi, stated this, adding that the commission was working with the insurance company to finalise all the cases as soon as possible.

The commission had told our correspondent in April 2019 that it had concluded plans to compile “all necessary information” on the National Youth Service corps members, who were injured or died while serving as ad hoc workers during the 2019 General Elections.

Oyekanmi, in an exclusive chat in April, had disclosed this, adding that the commission had an insurance package for the corps members who served as ad hoc workers.

He said, “INEC regards the life of every Nigerian, whether a youth corps member, ad-hoc worker, security agent or even the voter as very precious and not worth losing on Election Day.

“Apart from the insurance cover already in place, the commission will gather all the necessary information about the victims and decide on the next steps.

“For instance, in June 2016, the INEC Chairman led a delegation to the NYSC headquarters in Abuja to present a Letter of Appointment to Daniel Oluwatobi, an ex-corps member who lost his sight in an accident while serving as ad hoc worker in Yobe State during the 2011 General Elections.”

Meanwhile, the House of Representatives is considering making the Federal Government to extend its life insurance policy enjoyed by civil servants to members of the National Youth Service Corps.

The proposal is contained in a bill sponsored by a member, Mr Abdullahi Ibrahim, seeking to amend the NYSC Act, which passed the first reading in July 2019.

Our correspondent on Monday obtained a copy of the bill, entitled, ‘A Bill for an Act to amend the National Youth Service Corps Act Cap. No. 84 LFN to make it mandatory for the service corps to provide life insurance policy for corps members and to provide for matters incidental thereto, 2019.’ 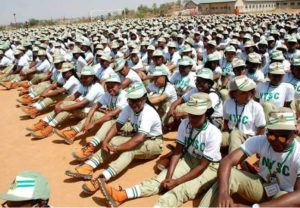