OVH Energy Marketing Ltd, formerly known as Oando Marketing Ltd, has retrenched about 100 of its workforce in a move to stay afloat as challenges in the downstream oil sector persist.

A top official of the firm was quoted by newsmen on Tuesday saying that the sacked workers had been paid their entitlements.

The company said the change of name was to reflect recapitalisation and corporate restructuring aimed at admitting new shareholders.

Group Head of External Relations and Communications, OVH Energy Marketing Ltd, Gogomary Oyet, however, said that about 70 workers were retrenched.

He said: “It was done after extensive discussions for over eight months at the local, zonal and national levels of the relevant unions.

“The severance package realised from these conversations were acceptable and signed by all parties before the implementation of the exercise.

“We have executed this exercise strictly in line with the terms of agreement which was approved and signed by all named chapters of PENGASSAN and OVH Energy Marketing’s management.”

Mr Oyet also said the company had introduced a voluntary exit package for workers who were not affected by the severance exercise but wished to move ahead with other ventures.

Retrenchment had begun in the firm since December 2018 with scores of workers yet to know their fate. 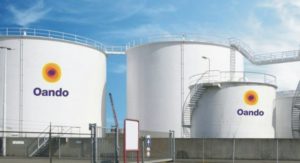