Former Minister of Education, Oby Ezekwesili has insinuated that the federal government may only cage Sowore but not his idea, Igbere TV reports.

The Federal Government, on Friday, filed seven counts of treasonable felony and money laundering against Sowore.

In a series of tweets on Saturday, Ezekwesili, a staunch critic of the present administration blamed President Muhammadu Buhari said that Sowore is unconstitutionally and unlawfully detainrd

Her tweets reads; “We stand on with Sowore and defend his constitutional right and freedom to protest any matter of Governance that worries him.

Gratitude to his legal team.

Democracy and Voice are Siamese Twins.

The good kind of Siamese Twins.

No one regardless of their position is given the right to shut down Voices like Sowore ‘s for daring to disagree.

How long shall it take before the FG understands the basis of Democracy?

Our FG led by President Buhari may think they have ‘caged’ Sowore because he dared to challenge Bad Leadership and Poor Governance through #RevolutionNow.

His Idea can never be caged.

You cannot cage an idea whose time has come.

Not even the Judiciary is spared this spread of deadly incompetence.
Here’s the thing.

This level of Incompetence is too costly and unsustainable.

It is painful that Sowore bears the brunt of the collective dissatisfaction of the Citizens of Nigerians toward a grossly incompetent and intolerant.

We must thank him for once again reminding us that:

When the Citizens of Nigeria are ready, neither Sowore nor anyone else need publicly mobilize them and be accused of “wanting to overthrow a government”.

The Citizens shall on their own rid themselves of a trenchantly incompetent and wicked Political Class. It’ll happen✍�✍�”

We stand on with @YeleSowore and defend his constitutional right and freedom to protest any matter of Governance that worries him.

Gratitude to his legal team. 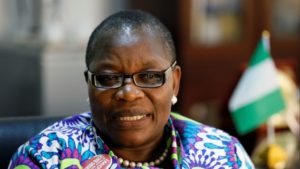