Secretary to Imo State Government, Uche Onyeaguocha, had on Thursday ordered a citizens’ arrest against Senator Okorocha over alleged assault on a government official, Jasper Ndubuaku.

Igbere TV reports that Mr Ndubuaku, chairman of the Recovery of Government Properties, was allegedly assaulted at Okorocha’s residence.

The former governor, in a statement on Friday by his media aide, Sam Onwuemeodo, said the arrest order was an “open invitation to anarchy or fracas in the state.”

He said: “The arrest order is an open invitation to anarchy or fracas in the state because Imo people will always come out to defend Okorocha. It also shows insensitivity on the side of the government in the State because such arrest order was uncalled for and Onyeaguocha has no right to issue an order of that nature.

“The order only adds to their continued disrespect for the former governor, which is a very bad precedent. After May 29, 2019, Owelle Okorocha relocated to Abuja. He was in Abuja when the recovery committee members slapped his daughter, Mrs. Uloma Rochas Nwosu, invaded and looted the shops of his wife, Nneoma and that of the daughter too. And just the previous week, Onyeaguocha invaded the private guest house of the former governor.”

The statement concluded that Okorocha would be in Imo whenever he deems it necessary.

“Nigerians of goodwill should disregard the arrest order. It became void on arrival.” 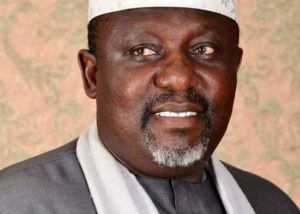