Lawmaker representing Ondo South Senatorial District at the National Assembly, Nicholas Tofowomo, has been involved in a car accident in Ondo State.

The lawmaker was reported to be heading to Abuja with his entourage when the accident happened on Friday evening.

Together with the senator was Banji Okunomo, Peoples Democratic Party Publicity Secretary in Ondo, and two other members of the party.

According to sources, the lawmaker and others involved in the crash are currently admitted at the University of Medical Sciences Teaching Hospital, Ondo, for treatment.

“They were rushed to the hospital immediately after the crash and two of those involved in the accident have been taken to the theatre already for surgery,” the source said. 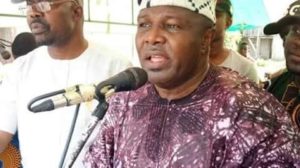