THE vast majority of Nigeria’s top universities either do not have official electronic mailing addresses or do not actively use them in responding to enquiries and requests, The ICIR has discovered.

A report published in May by The ICIR already established that the e-mailing culture among federal universities in the country is still very poor as only 13 out of 15 schools to whom enquiries were sent eventually responded.

Expanding the scope of the study, The ICIR again mailed an enquiry to universities on Tuesday, October 9 ― this time to 38 federal, 36 state and 43 private universities reported in 2017 to be among Nigeria’s best. Asides the total of 114 institutions on this list, close also to what may be obtained from the latest Webometric Ranking, the National Open University of Nigeria (NOUN), Nigeria Defence Academy (NDA), and Nigerian Law School were also included as part of the recipients.

Essentially the enquiry, presented to be from a doctoral candidate to aid ongoing research, requested for the current population of the schools, with a breakdown according to the number of students and staff strength. “If possible, I wish to also find out if the institution is residential and the percentage of students who benefit from available infrastructure for accommodation,” the e-mail added.

This enquiry was sent to a total of 186 e-mail addresses belonging to 117 institutions; and a week later, on October 16, a reminder was sent to the addresses.

Only 10 responded, acknowledged mail
Out of the over one hundred universities to which the enquiry was sent to , responses came from only ten (10) ― that is 8.5 percent. 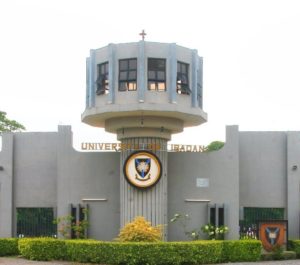