The Chief of Army Staff, Gen. Tukur Buratai, said on Thursday the Operation Positive Identification (OPI) would not hinder the day-to-day activities of Nigerians.

He stated this while fielding questions from the House of Representatives Committee on Army in Abuja. Buratai, who was represented at the forum by the Chief of Civil-Military Affairs, Maj.-Gen. Usman Muhammed said the army had submitted a detailed report on the OPI to the Committee. He said the military is involved in ‘Operation Lafia Dole’ in the North East and that are other subsidiary operations within the major operation. The army chief said the OPI is one of the subsidiary operations taking place in the North-East zone.

According to him, based on credible intelligence on Boko Haram terrorists, they are no longer in their enclaves. He said the OPI which started on September 22 in the North East was based on intelligence. Buratai said the military has a tradition of initiating operations towards the end of the year to reduce crime during the Yuletide. He said: “We have exercise Ayama Kpatuma in the North Central, Atilogwu Udor in the South East and Crocodile Smile in the South-South and these are aimed at addressing the security challenges in those zones. “It is a training exercise and at the same time, it is a true operation whereby we use the opportunity to carry out activities to checkmate criminality and crime within those areas. “This time around, we feel that we can extend the OPI to some of these areas where we are going to conduct some of these exercises.” (NAN) 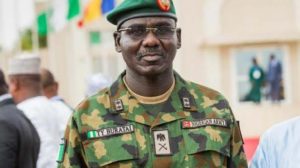