General Overseer of the Redeemed Christian Church of God (RCCG), Enoch Adeboye, has called against violence amidst row over renewed xenophobic attacks on Nigerians in South Africa.

The preacher, who recently held the first Holy Ghost Service in Moscow, Russia, advised in a tweet on Wednesday that violence should be discouraged for the sake of posterity, Igbere TV reports.

“Please shun Violence, its dividends last a lifetime. Let us all embrace peace and remember that regardless of our race, colour or language, we are all of God. #saynotoxenophobia��” Adeboye said

Police have yet to pinpoint what triggered the violence, which began on Sunday when protesters armed with makeshift weapons roamed the streets of Pretoria’s business district, pelting shops with rocks and petrol bombs and running off with goods. 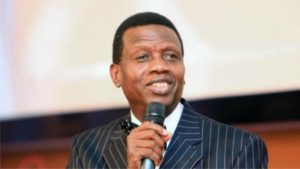