The plan by Air Peace to evacuate Nigerians in South Africa from September 6 suffered a setback as the majority of those interested in the process have expired passports.

Mr Allen Onyema, the Chairman of Air Peace, said in a statement in Lagos on Friday that most of the potential returnees were yet to renew their documents.

Onyema said the airline had already placed its Boeing 777 aircraft on standby and was only awaiting the go-ahead from the government.

“The Air Peace flight to South Africa will take off from the Lagos Airport and also return to Lagos. As earlier stated, the take off could be SepT 9 or 10. 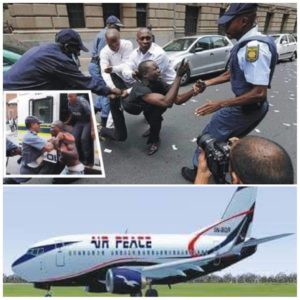