NIGERIAN woke up on Wednesday, May 8, to a nationwide power outage that cut off power from many homes and factories leading to reduced load allocations to the distribution companies (DisCos).

Investigation shows that the nine power grid collapses witnessed this year were among at least 206 of such incidents that have been recorded since 2010. Scores of the ‘Total Grid System Collapse’ have occurred after the entire electricity grid goes off for several hours. There were also cases of ‘Partial Grid System’ Collapse’ when a section of the country was thrown into darkness for hours due to major transmission line trips.

Officials of the Transmission Company of Nigeria (TCN) who probe such incidents, traced the cause to high voltage level resulting from multiple tripping on the Alaoji-Onitsha transmission line, a power plant that shut down abruptly and a huge energy load rejected by the 11 Distribution Companies (DisCos).

Between 2010 and 2019, Nigerian electricity consumers have had to contend with 206 power grid collapse, nine of which occurred in 2019, records obtained from the System Operator (SO), a section of TCN, indicate.

The country went into total darkness 22 times and recorded 20 partial outages in 2010. The grid had 13 incidents of total collapse and six partial incidents in 2011. By 2012, there were 16 total collapses and eight partial ones. In 2013 when preparations for the privatization were topmost, there were 22 total power grid collapses while partial trappings occurred twice.

The post-privatization era also had its fair share of system collapse. Although the situation improved in 2014 as records show, there were nine total collapses and four partial ones. By 2015, the trouble persisted with a record of six total and four partial collapses. It became worst by 2016 when the grid tripped for 22 times and went off partially six times.

At least nine total collapses have been recorded this year; four of which occurred in January. The five others were spread across February, April, May, June, and August.

The total collapse on June 30, which dropped grid power to 127MW, was traced to a fire outbreak at the Benin transmission substation in Edo state. On August 30, the national electricity grid recorded another total collapse, throwing the country into darkness for about 10 hours. It was a total collapse as power generation on the grid dropped to 20MW.

Trend analyses of these collapses further indicate that national grid outages were worst during some months in the rainy season. The highest of such was in May, which had 30 collapses since 2010. June is next with 29 occurrences.

TCN on various occasions this year blamed the DisCos’ load rejection for the high frequency of grid collapses in the rainy season. It said once it rains, the DisCos due to their poor networks, shutdown many power feeders which denies customers of supply, and that when the grid voltages became too high for lack of consumption, a collapse or frequency disturbance became inevitable.

Analysis of the historical generation data from the Association of Power Generation Companies (APGC) indicates that the GenCos had made available about 38,546 megawatts (MW) generation capability from November 2013 to December 2018.

While the national grid took only 20,960MW, a huge quantum of 17,582MW representing 45 percent of the total GenCos’ capability was stranded. They were not allowed to generate that quantum into the grid. APGC claimed the existing transmission network is inadequate, fragile and not reliable.

The System Operator (SO) is a department of TCN that controls the national power grid. The GenCos said while they made effort to increase their generating capacity, the SO has the right according to the Grid Code, to instruct them to reduce or cut down their nominated capacity, with which they must have made gas commitments. 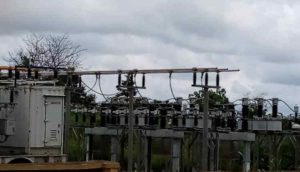