Alhaji Salihu Garba, a chieftain of the Peoples Democratic Party (PDP) on Sunday said Atiku Abubakar, presidential candidate of the PDP will defeat Asiwaju Bola Tinubu, a former governor of Lagos and national leader of the ruling All Progressives Congress (APC) if they slug it out in any presidential election.

Speaking in a chat with Daily Independent, Salihu said there is no way northerners will vote for Tinubu as a presidential candidate if Atiku is also on the ballot box.

While appealing to Atiku not give up on his dream, he said after President Muhammadu Buhari, Atiku is the most popular politician in Nigeria who is acceptable to Nigerians from all parts of the country

“ I don’t know if Atiku will contest again in 2023 and I don’t know if Tinubu will also do the same. But if Atiku and Tinubu decides to slug it out as the candidate of the two leading political parties, then the election will be a walk over for Atiku because he will clear majority of the votes in the North”.

“Northerners will pick Atiku over Tinubu anyday. I also don’t think a Tinubu will defeat Atiku in the South- South and South- East. Tinubu can only make appreciable impact in the South- West” he said. 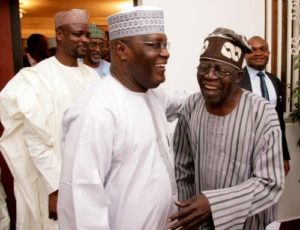