The Peoples Democratic Party (PDP) expresses shock at the judgment of the Supreme Court on the Presidential election petition filed by the party and its Presidential candidate, Atiku Abubakar.

Indeed, what we witnessed today was not what majority of Nigerians, who participated and observed the Presidential election expected; and this includes even members of the APC.

The PDP notes that it indeed made a solid case, with undisputable evidence, showing that Atiku Abubakar won the Presidential election and as such is surprised that the justices of the Supreme Court held otherwise; however, that is the highest court of the land.

Notwithstanding, the distinction of our case remains for Nigerians, including generations yet unborn, to appreciate.

The PDP expresses gratitude to millions of Nigerians across board for voting Atiku Abubakar in the election as well as for their unflinching support for our party during the election and throughout the duration of court proceedings.

Nevertheless, our party, indeed the nation, awaits the justices of the Supreme Court to release their reasons behind their verdict. 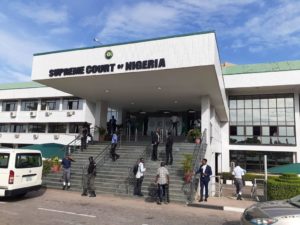