Wife of Ondo State Governor, Mrs Betty Akeredolu, has engaged the services of Taekwondo professionals to train young girls on the sport for self defence against rapists.

Mrs Akeredolu said this on Friday, when she delivered a letter to the Commissioner of Police (CP) in Ondo State, Mr Undie Adie, to express her displeasure over the rising incidents of rape in the state.

The governor’s wife was on the visit to Adie’s office over the rape of a student of Adekunle Ajasin University, Akungba Akoko, by soldiers at the Ikare/Akungba road checking point last week.

She vowed not to treat the issue of rape in the state with levity.

She appealed to the Police to ensure that the perpetrators were treated as criminals by prosecuting them accordingly, for violating a civilian.

According to her, soldiers are supposed to be protectors of civilians, but this incidence has proven that Ondo women are not safe with anyone, hence, the need to equip them with Taekwondo skills for self-defence.

She noted that if the case of a soldier in army uniform raping a woman was brought to the fore and perpetrators made to face the full wrath of the law, it would serve as a deterrent to others.

Mrs Akeredolu, who disclosed that she had earlier scheduled a One Million Woman Protest Against Rape in Army Uniform for Thursday, explained that she decided to suspend it so that political distractors would not capitalise on that to cause confusion.

Responding, the CP assured her that the case would be treated with all seriousness, adding that the Police have not been taking the issue of rape lightly.

Adie assured her that as soon as the Army Commander transferred the suspects to his command, they would be charged to court immediately. 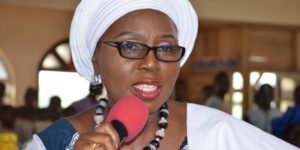