Out of the entire 2.5 million job seekers that applied for different positions at the recently ended online recruitment exercise conducted by the Nigeria Security and Civil Defence Corps ( NSCDC), only 5,000 will be considered.

Disclosures to this effect, were made recently by the Chairman ,Senate Committee on Interior, Senator Kashim Shetimma (APC Borno Central).

Shettima who stated this during the 2020 budget defence session his committee had with the Minister of Interior , Rauf Aregbesola , said with the arrangement , it will be ratio 1-300 for the remaining 1.5million applicants.

“The Board regulating the NSCDC told us that their initial plan was to offer 10,000 jobs to qualified young Nigerians but paucity of funds, made the number to be slashed to 5,000 , making ratio of those to be considered and left out , very, very wide.

“Even the Nigeria immigration Service , planning recruitment exercise next year , is coming up with just 4,000 places to be filled as disclosed to this committee by the Comptroller General , Mohammed Babandede,” he said.

According to him, with the very little spaces for employment in the public service, the way of Agriculture should be the way out in line with the federal government diversification programme.

“But for the policy to be attractive and succeed , the issue of security challenges must be tackled.

“The very reason why the Ministry of Interior should use security agencies under it to collaborate with the Police and the military , in getting rid of criminals in the land for people to feel free to go back to the farms and enjoy , enormous incentives ,already being provided by government,” he added.

Aregbesola in his response, assured the committee members that though the resources made available for them to work with , are scarce but they wil make the best out it security wise, by squeezing water out of stone . 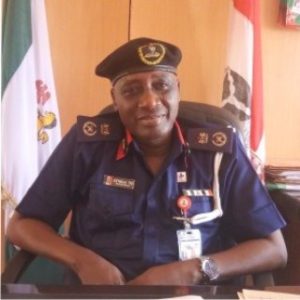