The emergence of Hon. Chukwuemeka Nwajiuba (HCN) as House of Representatives’ member-elect from Okigwe South federal constituency may have unsettled calculations and permutations in the ruling All Progressives Congress (APC) across the various political zones over who becomes speaker of the 9th Assembly.

APC had penciled down Femi Gbajabiamila (Surulere 1) from the South-West for the speaker slot.

However, the position is being challenged by some lawmakers who described the party’s position as imposition and an attempt to meddle in the leadership selection process of the National Assembly.

Credible northern sources have it that a preponderance of governors and elected representatives on the platform of the ruling party are more disposed to Hon. Nwajiuba emerging speaker of the House of Representatives since he emerged.

A good number, Daily Independent gathered, had recently keyed into the HCN Project 2019, an acronym under which the former lawmaker from Imo State has run a clandestine campaign to lead the House of Representatives.

HCN himself had recently lent a voice to calls for a review of the zoning arrangement, asking the ruling party to look towards the South East for the speaker.
Although he ran the election on the platform of the Accord Party, obviously to avoid the many booby traps allegedly laid on his path by Owelle Rochas Okorocha, the embattled governor of Imo State, Nwajiuba remains, in body and soul, a chieftain of the APC.

Although Nwajiuba has not come out to declare his intention, his aide, Chief Jimmy Isilebo, confirmed that the HCN Project 2019 was aimed at not just winning the Okigwe South constituency seat but also to make a solid aim at the speakership position of the House of Representatives.

He told Daily Independent that the aspiration of his principal was coming at a time the desire for power balancing among the geopolitical zones had reached a crescendo, aside the fact of his acceptability and qualification to assume the office of speaker.
He said, “Hon Chukwuemeka Nwajiuba parades incredible credentials and qualification to aspire for the position of speaker of the Green Chamber.
“There have been some strident calls for some time now, to fairly distribute elective and non-elective offices across all six geopolitical zones, and the case of the South-East zone has been the most harped about. Therefore, HCN’s aspiration to the speakership couldn’t have come at a better time than now.
“Being a one time member of the House of Representatives from 1999 to 2003, which makes him a ranking member, he is qualified.

“He is also a foundation member of the APC, and in fact the secretary of the Constitution Drafting Committee that produced the document which gave birth to APC.”

According to the aide, “The decision by Nwajiuba to actualise his ambition into the Green Chamber through the Accord Party was in mutual understanding between him and the APC, geared toward staving off the war of attrition and consequent acrimony orchestrated and selfishly inflicted on the Imo State chapter of the APC by the state governor.

“Besides, my principal holds a Bachelor’s, Master’s, and Doctorate degrees in Law/Jurisprudence.
“His political reach and sphere of influence cuts across all the six geopolitical zones of the country, where he enjoys a huge fellowship and patronage amongst the political class.

“He is chairman of an important board in this administration.”

He noted that Nwajiuba’s sojourn in Accord Party was no hindrance to his aspiration.

Sources said some northern governors already made a case before President Muhammadu Buhari on behalf of Nwajiuba.

Only on Wednesday, Senator Ali Ndume, a chieftain of the APC and Senate President aspirant, gave high approval rating for Nwajiuba, stating that he had what it would take to lead the House of Representatives.
Speaking during a telephone chat, the Senate President aspirant and member of Governance Support Group (GSG), a pro-Buhari support group chaired by Hon. Chukwuemeka Nwajiuba, described his fellow aspirant as a “good man”, adding that his ambition had support across political persuasions. 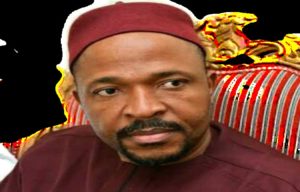