The Senate Committee on Niger Delta Monday rejected the 2020 Budget of the Ministry of Niger Delta Affairs, for omitting major ongoing projects in its Capital Appropriation.

Chairman, Senate Committee on Niger Delta Senator Peter Nwaoboshi, however asked the committee to appear before the panel next Monday to show how far they have reflected the Ministry’s budget.

Senator Nwaoboshi gave the directive during a budget defence session of the ministry in Abuja.
The Senator representing Delta North insisted that with the oversight function carried out in the ministry, it was realised that the bane of the ministry was abandoned projects littered all over the nine states.

He said: “There is no state; I dare to say that there is no local government where there are no abandoned projects in the Niger Delta.

“We cannot continue like that. With all the abandoned projects in the Niger Delta and we are talking about new projects; these new projects are designed to fail.

“Honourable Minister, we need to look at this budget again and we expect you to do your cleanup because the document we needed were not supplied to us.”

He warned that the habit were “we have proliferation of abandoned projects cannot continue.”

According to him, President Muhammadu Buhari has not commissioned any completed project executed by the Ministry of Niger Delta Affairs in the last four years.

In his contribution, Senator Enyinnaya Abaribe noted that the Ministry’s budget is an “uncommon budget.”

“When a budget is designed to fail it is uncommon,” Abaribe said. 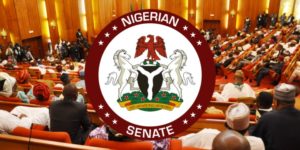