Chairman of the tribunal, Justice Esther Haruna, in her judgement on Thursday, ruled that Mrs Oduah, a member of the Peoples Democratic Party (PDP), was validly elected on February 23.

Candidate of the All Progressives Grand Alliance (APGA), Chinedu Emeka, had petitioned the tribunal, claiming that Oduah was not qualified to contest the election because she did not possess the required academic qualifications.

Emeka, a former deputy governor of Anambra, also alleged that the former minister was a member of APGA at the time of the election.

He added that Oduah’s declaration as the winner of the poll was not in harmony with the provisions of the Electoral Act.

Justice Haruna, however, ruled that the petitioner failed to prove his allegations beyond reasonable doubt, Igbere TV reports.

The tribunal also upheld the election of the PDP member representing Anaocha/Dunokofia/Njikoka Federal Constituency, Val Ayika, whose victory was challenged by APGA’s candidate in the election, Dozie Nwankwo. 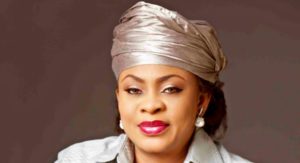