Heads of security agencies in the country on Friday shunned an invitation extended to them by the leadership of the House of Representatives.

The lower legislative chamber has summoned the service chiefs to a meeting bordering on national security.

While lawmakers were already seated waiting for their guests to arrive, TODAY POLITICS gathered that some of them failed to honour the invitation.

The gathering had in attendance; Inspector General of Police, Mohammed Adamu; the DG of the DSS, Yusuf Bichi; and the Comptroller General of Nigerian Immigration Services, Muhammad Babandede.

This has angered the speaker of the house, Femi Gbajabiamila, who condemned the action saying he will take the issue to President Muhammadu Buhari.

“Speaker @femigbaja has condemned the Service Chiefs for shunning the @HouseNGR invitation to discuss National Security issues,” a tweet on the official Twitter handle of the top lawmaker said.

“He described their actions as an insult to the Parliament and promised to take the development to President @MBuhari,” it added.

Meanwhile, Mr Gbajabiamila has apologised to those who honoured the invitation and rescheduled it to hold on Monday.

This is not the first time the legislature is displeased by the action of agencies under the executive arm of government.

Under the immediate past National Assembly, led by former President of the 8th Senate, Bokula Saraki, government appointees took advantage of the rift between executive and the legislature at the time to disobey the latter.

Such scenario is no longer existing since the APC took over the affairs of the two arms of government after the general election this year.

This medium, as at press time, could not independently ascertain why the security chiefs shunned the green chamber despite meeting the president recently. 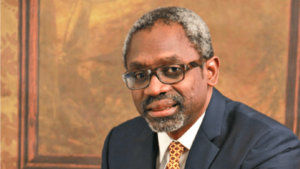