As congratulations continue to pour in on the birth of his son, Seyi Tinubu, scion of Nigerian Political Heavyweight and former Governor of Lagos State, Asiwaju Bola Ahmed Tinubu (BAT), today announced the name of his newborn son alongside his adorable wife, Layal Tinubu during a short, intimate ceremony at their London residence. According to the Tinubus, their son who was born on June 25 at a London Hospital, will be called Bolatito Ayyan Tobias Jidenna Oluwaseyifunmi James Akanbi Tinubu or BAT (Jnr.) in a subtle tribute to his famous grandfather.

This will be Seyi Tinubu’s second child and first son with his only wife, Layal Tinubu after their beautiful daughter, Noella who was born 3 years ago. Sporting a cute summery dress, Layal, an entrepreneur and founder of Tostoys, appeared visibly elated whilst Seyi was beaming all through the ceremony.

Also, Asiwaju Bola Tinubu in a heartfelt message to his grandson, prayed for good health, success and God’s blessings on the infant who is the latest addition to the renowned Tinubu dynasty.

BAT Jnr. was born on the 25th of June 2020 in a hospital in London with the family announcing the news through their office immediately afterwards.

Seyi Tinubu is a young Nigerian Entrepreneur, social impact investor and CEO of an out-of-home advertising company, Loatsad Promomedia. He is also the co-founder of the Noella Foundation, Patron of STL Polo Team and a member of the Board of several organisations. 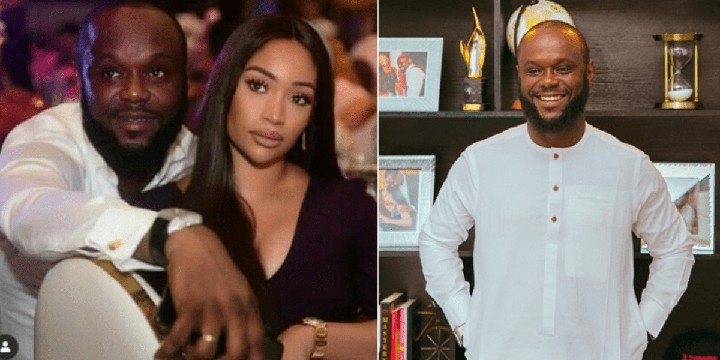