Frodd said he was really disrespected for Seyi to talk about his lineage which he loves doing.

Who else noticed Ike has been staying away from argument since he has been giving 2 strikes.

“The whole bossy bossy is always too much. This is really too much, what kind of nonsense is going on here. 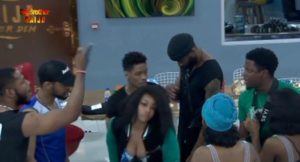