The Nigerian army has announced the appointment of a new acting General Officer Commanding(GOC), for 7 Division Maiduguri. He is Brigadier-General AK Ibrahim. He is also the new theatre commander for Sector 1 Operation Lafia Dole. He takes over from Major-General Bulama Biu, who has been appointed acting commander, Sector 3 Operation Lafiya Dole and Sector 3 Multi-National Joint Task Force (MNJTF).

The redeployment which takes effect from August, 14,according to a letter announcing the postings from the office office of the military secretary army, also announced the appointment of Major-General Major-Generals CG Musa and BA Akinroluyo, have been redeployed to the Training And Doctrine Command(TRADOC), Minna, while Major-General O Adeniyi is to remain in as theatre commander.

Others include Colonels IA Ajose, a who has also been redeployed from 5 Brigade to TRADOC, while OA Awolo, is now commander 707 Special Forces Brigade.

The appointment it was gathered is aimed at re-strategizing the counter insurgency operations to bring the war to an end in the very shortest possible time. 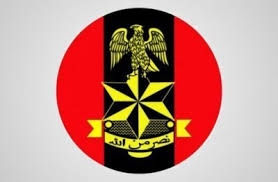