A single father in South Africa has allegedly been arrested and charged to court for consistently raping his 5-year-old daughter.

According to a viral thread shared on Twitter by @ONcathama, the girl was abandoned by her mother and the father was left to raise her alone. The father met all her needs and this led people to believe he was a doting father.

But the 5-year-old girl was caught mimicking a sex act with a boy in class and when her teacher asked her, she said she learnt it from her father.

The girl was later taken to the hospital where it was discovered she has been suffering sexual abuse for a while.

The father was arrested and appeared in court at WYNBERG, Cape Town on Monday, October 28.

The case is still ongoing.

Read the full story below. 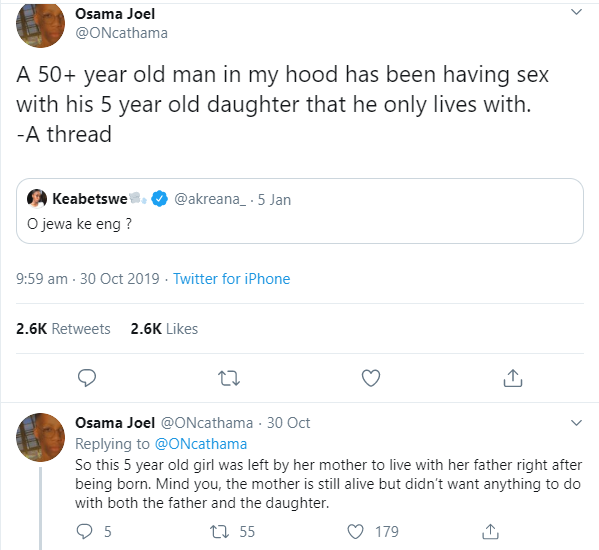 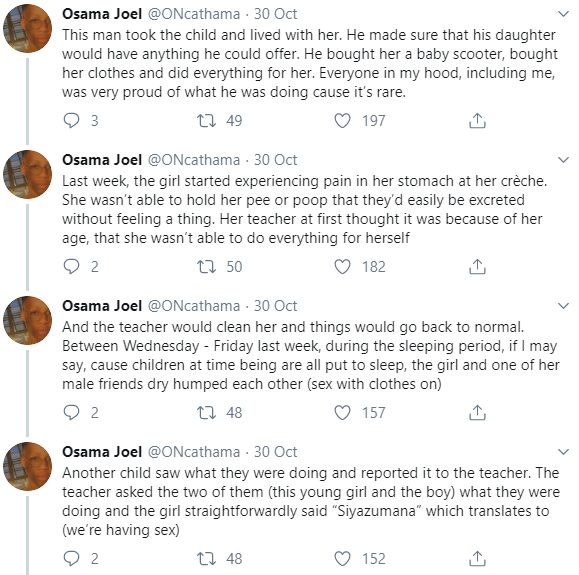 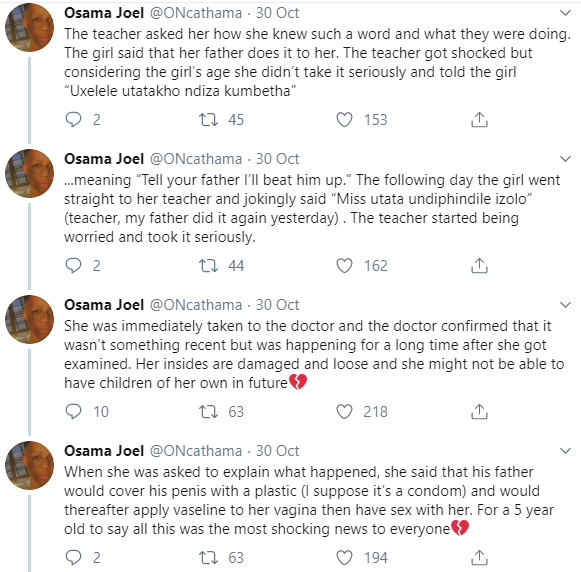 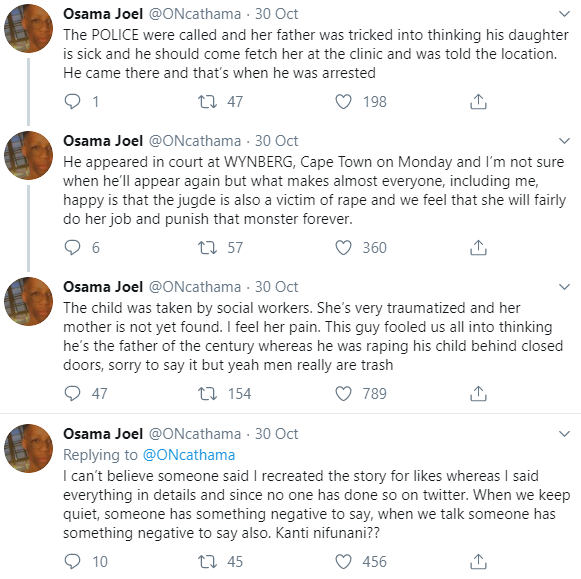 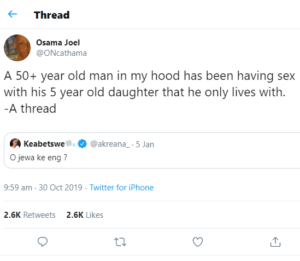