Governors in South East, Nigeria, have written to President Muhammadu Buhari asking him to ban the activities of Fulani herdsmen in the region, Igbere TV reports.

Igbere TV reports that the governors are also asking the President to delay the closure of Akanu Ibiam International Airport, Enugu, and act against insecurity instead.

Igbere TV had reported that the Federal Government, last week, said it was shutting down the Enugu airport for “major repairs” on the “faulty” runway.

This is even as the Federal Airports Authority of Nigeria (FAAN) announced that it was degrading the airport for international operations owing to its “runway length”.

But in the letter made available to Igbere TV on Wednesday, the governors are asking the President to rather approve its earlier decision banning herders who have no cattle, as well as the movement of cattle by foot in the South East.

The move is coming three days after Senator Ike Ekweremadu, from the region, was attacked in Germany, by members of the Indigenous People of Biafra (IPOB).

According to the governors, they decided to make the letter public to assuage public allegations that they were not doing enough to check growing insecurity in the region.

Recall that the IPOB had accused the South East governors and other top political leaders in the region of sell out, saying they have never acted on insecurity in the zone.

“We plead with Mr. President that we publish this letter to assuage our people’s feelings who erroneously think that no efforts are being made by the leaders of the South East to tackle insecurity and economic challenges facing the zone and to let them know that her leaders before now have been working very hard without making noise as issues of security must not be discussed in the public,” the letter partly read.

The letter was signed by Mr. David Umahi, Chairman of the South East Governors’ Forum and Governor of Ebonyi State, on behalf of other governors in the region. 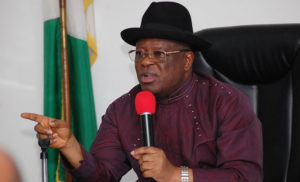