The Supreme Court on Monday, October 28th struck out a fresh suit filed by the Hope Democratic Party (HDP) and it’s presidential candidate, Ambrose Owuru, challenging the declaration of President Buhari as the winner of the February 23rd presidential election.

The apex court bowed to hear the appeal afresh following protest by the party that the court’s earlier decision which dismissed the appeal was based on a technicality rather than on merits of the law.

The apex court struck out the appeal following the dramatic withdrawal of an application praying for the restoration of the appeal to be heard afresh. Justice Olukayode Ariwoola who led four other Justices in a short ruling struck out the application. Ariwoola in the ruling agreed that the application of the appellants had been caught up by section 285 of the 1999 constitution and as such no longer has a life to maintain it.

He, however, declined to award cost against the appellants as demanded by counsel to the Independent National Electoral Commission INEC Yunus Usman SAN and that of the All Progressives Congress APC Yakubu Maikyau SAN. Owuru and HDP had sought leave of the court to allow them to bring back their appeal to which had been struck due to errors of filling two notices of appeal in respect of one matter and against the provisions of the law.

When the matter came up on Monday, the attention of counsel to the appellants Sunday Ezema was drawn to section 285 (7) of the 1999 constitution and was asked whether the appeal has not become statute-barred. Although the counsel initially insisted the appeal can still be heard, he, however, made a dramatic u-turn and applied for withdrawal of the application. Buhari’s counsel Wole Olanipekun, SAN, did not ask for cost against the two appellants.

HDP had filed a fresh motion to challenge the way and manners its appeal against President Buhari’s election was determined and struck out on what it termed technicality rather than the merit of law. The party in the new motion had asked the apex court to reverse itself in the ruling delivered on October 3 and restore the appeal for a fresh hearing on merit rather than on technicality of filing two notices of appeal together in one matter.

In the fresh motion on notice brought pursuant to order 8 rule 2 of the Supreme Court Rules and sections 6 and 36 of the 1999 constitution as well as section 22 of the Supreme Court Act, the party and Owuru, claimed that the judgment delivered by Justice Mary Peter Odili in favour of Buhari was invalid on the ground that it was based on technicalities of law rather than merit and justice. The motion filed by Mr. Chukwunonyerem Njoku on behalf of the appellants pleaded with the court to restore their appeal for a fresh hearing.

The HDP and its candidate maintained that the striking out of their appeal on the technical ground was without compliance with the mandatory procedure of law. The apex court had on Oct. 3 struck out the HDP’s appeal because more than one notice of appeal was filed in the same appeal contrary to the provisions of law. Justice Odili who delivered the verdict had also held that Owuru and HDP failed to appeal against the ruling delivered by the Presidential Election Petition Tribunal on August 22 which struck out their petition based on the lack of jurisdiction.

“The two notices of appeal filed by the appellants and jointly utilised is a procedure not backed by law and cannot be used. Rather the appellants have come here to tackle the decision on the merits which the court below handled out of the abundance of caution”, she said In their petition at the tribunal, they had prayed for nullification of the February 23 election on the ground that its shift from Feb. 16 by INEC to Feb. 23 was not in compliance with any law and as such a nullity. 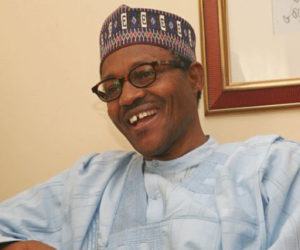