The Supreme Court on Friday struck out a suit filed by the Cross River State Government to challenge the suspension of the former Chief Justice of Nigeria, Justice Walter Onnoghen.

In a split decision of six-to-one of a seven-man panel of the apex court, Justice Olulayode Ariwoola, who prepared the lead majority judgment, held that the Cross River State Government lacked the locus standi to institute the suit on behalf of Onnoghen.

The five-man panel led by Justice Olabode Rhodes-Vivour also held that the Supreme Court was not the appropriate forum to ventilate the whatever grievances the plaintiff might have in connection with the case.

Justice Ariwoola, therefore, struck out the case by upholding the Attorney-General of the Federation’s preliminary objection filed to challenge the competence of the suit.

He, therefore, struck out the case without considering its merit on the grounds that the Supreme Court lacked jurisdiction to hear the case.

Ariwoola, who was absent from the Friday’s proceedings, had his judgment read by Justice Paul Galinje, who is not a member of the panel.

But, another member of the panel, Justice Mary Peter-Odilli dissented from the majority judgment, holding that Cross Rivers State, where Onnoghen hails from possessed the locus‎ standi to institute the suit.

She also held that the Supreme Court was an appropriate forum to file the suit.

She ruled that the January 23, 2019 order issued by the Code of Conduct Tribunal on which President Muhamadu Buhari acted on to suspend‎ Onnoghen was wrong as the tribunal had no jurisdiction to entertain the charges instituted the erstwhile CJN in the first place.

She held that not having been first disciplined by the National Judicial Council, the CCT lacked jurisdiction to ‎hear the false and non-declaration of assets charges instituted against Onnoghen. 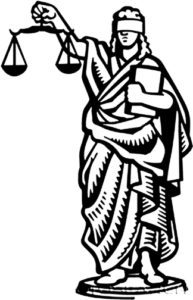