The Nigerian Army is concluding arrangements to move its soldiers, who may be indicted by the Defence Headquarters’ Joint Investigative Panel’s report, to the 3 Division headquarters, Jos, Plateau State, for a possible General Court Martial.

The DHQ joint panel, headed by Rear Admiral Ibikunle Olaiya, which investigated the killing of three policemen and one civilian by some soldiers in Ibi, Taraba State, is expected to submit its report to the Chief of the Defence Staff, Gen. Abayomi Olonisakin, on Monday (today).

Our correspondent had reported on Saturday that the seven-man panel’s report could indict some army personnel who would then be court-martialled and likely face dismissal, “going by their level of culpability.”

The DHQ panel concluded its work on Friday after sitting for three days at the Defence Intelligence Agency, Abuja, during which it grilled soldiers, policemen, civilians and the suspected kidnap kingpin, Hamisu Wadume.

Our correspondent learnt on Sunday that the army was “anxiously awaiting the outcome and recommendations” of the panel’s report and the 3 Division in Jos would receive any indicted personnel for the military court trial.

The police had last Monday re-arrested the Taraba kidnap kingpin, Hamisu Wadume, at a hideout in the Layin Mai Allo Hotoro area of Kano State, who made confessions implicating the officer and soldiers in Ibi.

A top military source confirmed to our correspondent on Sunday that soldiers at the Ibi Unit, who are suspected to be indicted by the panel report, would be moved to the 3 Division in Jos.

Other sources noted that the 3 Division, Jos, being the headquarters of the 23 Brigade in Yola, Adamawa State, was expected to conduct a GCM for the personnel once the outcome of the DHQ panel had been made public.

A competent DHQ source said, “The captain, Balarabe Tijjani, is back in detention in one of the military facilities after he was cross-examined by the panel. Depending on the outcome of the panel’s report, he and other soldiers will be moved to the 3 Division in Jos, Plateau State, which is the mother of the 23 Brigade and Ibi Unit.

“We don’t know the recommendations of the panel yet, but the army is expected to make further inquiries on the matter and prepare the personnel for a General Court Martial. In fact, that is ongoing already.” 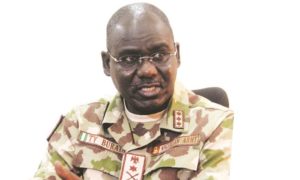