Johnson’s son, Deji, confirmed that the retired soldier who was aged 83, passed on in the late hours of Wednesday, 30th Oct 2019.

Johnson was first appointed by Aguiyi-Ironsi as the administrator the former federal territory of Lagos in 1966.

In May 1967, Lagos State was created and Johnson became the first governor of Lagos; the state was now composed of the old Federal Territory of Victoria Island, Ikoyi and Lagos Island plus the additions of Epe, Badagry, Ikorodu and Ikeja divisions. 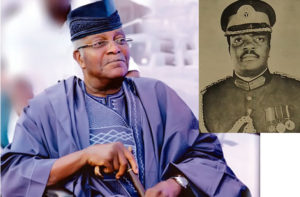