Well, it seems Naira Marley is not having any of Dolapo Badmus’s thoughts on his master’s degree post.

Issues started after the rapper took to Twitter to say that having big booty is better than having a master’s degree.

This got Dolapo Badmus to react, trashing the rapper’s post, saying it is every shade of wrong.
Naira Marley has now responded and it seems he is throwing a subtle jab at Dolapo in his Twitter post.

The Soapy crooner took to his page to tweet that;

“This Instagram police want to have sex with me but she is really ugly.” 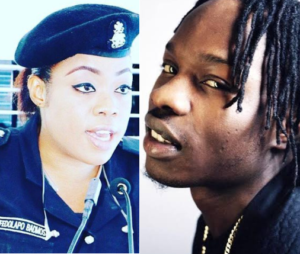