A great number of people all over the world have put up posts to mourn NBA legend Kobe Bryant, his daughter, and the other people who died in the helicopter crash in Calabasas, California.

However, some critics opposed the overwhelming show of pain, especially coming from those who never knew him personally and who didn’t celebrate him while he was alive. They accused those mourning him of hypocrisy and trying to do things because it’s trending.

Responding, Toke Makinwa, wrote: “Before you criticize people for mourning a legend they haven’t met or paying their respect to Kobe, before you comment foolishly,  think about your life, your work, your message to the world and hope that when it’s your turn to go the world will feel your departure.” 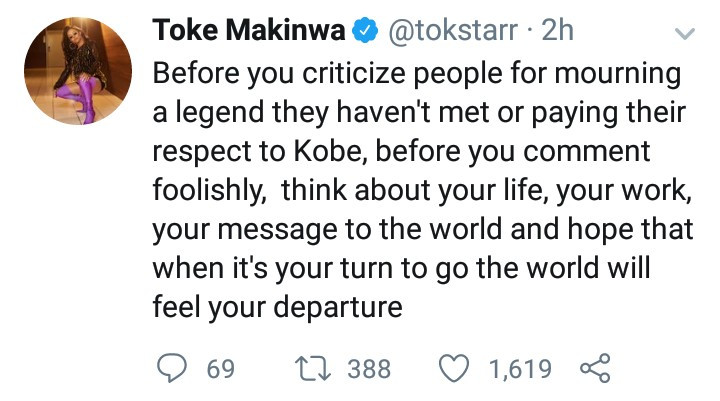 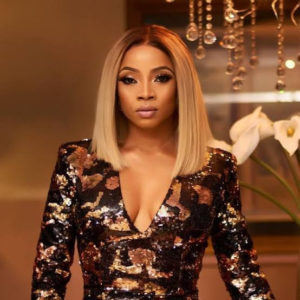