A graduate of Petroleum and Gas Engineering, University of Lagos (UNILAG), Mr. Ajibola Olubando has emerged recipient of the Lebanese Nigeria Initiative (LNI) scholarship programme. Olubando beats other 15 contesting students to clinch the prestigious scholarship. With this feat, Olubando is now the first Nigerian postgraduate student to enjoy this keenly contested scholarship.

Speaking during the unveiling of the first LNI Scholarship programme held in Lagos, Consul General of Lebanon, Mr. Elias Nicolas said: ‘’LNI scholarship will further strengthen our existing friendly relations and adds to other economic and social development contributions of Lebanese community in Nigeria.’’

According to him, the Lebanese community in Nigeria has always conceived itself as part of the social fabric of its commitment towards the educational upliftment of young Nigerians.

He explained that the annual scholarship programme was based on an endowment fund established by LNI in cooperation with the American University of Beirut.

Nicolas, however lauded the efforts of the Chairman of LNI, Mr. Faisal El-Khalii and other members of the scholarship board of trustees, adding that their hard work have made it successful.

He said: ‘’Based on a multilingual and cosmopolitan cultural and social environment, Lebanon accommodates several international recognized higher education institutions.

‘’Many high caliber minds, scientists and high profile politicians, including heads of state and prime ministers around the middle east and beyond were graduates of the AUB and other Lebanese universities.

Now, I’d like to congratulate Mr. Olubando Ajibola, as the first Nigerian postgraduate student that has been selected for the scholarship this year, after a long and highly competitive process.’’

Meanwhile, the Vice President of LNI, Mr. Ali Safieddine said that the chairman and other members of the board met and discussed what to do to Nigeria, since the country has blessed them. The LNI-AUB MBA endowment fund worth $1.5m will enable two Nigerians to attend AUB every year for life.

He said: ‘’ It has resulted in the endowment fund which they give to a tertiary institution to invest for them and the income generated is used to pay a Nigerian students school fees for MBA. ‘’This was done with the AUB, since it was one of the most prestigious universities in Lebanon that pass the ivy league outside the USA with over a thousand professors.’’

The scholarship recipient, Mr. Ajibola Olubando, a second class upper graduate of petroleum and gas engineering expressed gratitude to the management of LNI for the gesture.

He said: ‘’The knowledge I will gain would be used to impact the economy of Nigeria, since MBA gives the opportunity to learn various business skills.

‘’ I looks forward to impacting on the society through this knowledge and work experience, since I have the opportunity to learn in one of the top universities in the world.’’ 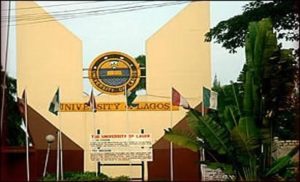