The United States embassy in Nigeria has said that its reciprocity fees for Nigerians applying for tourism, student and business visas would remain for now.

This comes about 48 hours after the Federal Government announced a decrease in visa charges payable by US citizens applying for Nigerian visa.

According to a statement by the US embassy on Friday, Nigerian authorities have not officially communicated the reduction to the embassy.

“The U.S. Embassy looks forward to receiving official diplomatic communication regarding a new fee schedule for Americans seeking Nigerian visas. Until such time, and confirmation of implementation, the reciprocity fees for approved visas to the United States will remain in place,” the statement said.

The US embassy had on August 27 said it raised the fees because Americans were paying too much to get Nigerian visas. 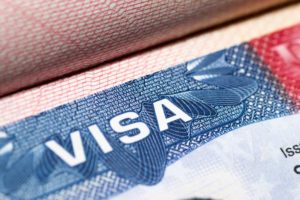