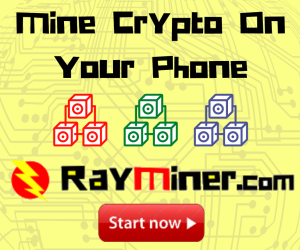 This was revealed in the statement by Ohanaeze’s National Public Secretary, Dr Alex Ogbonnia entitled, ‘Soludo to Deity – A Disclaimer’ on Wednesday.

Dr Ogbonnia said the Igbo group under the leadership of Professor Obiozor had a meeting on Tuesday and came out with resolutions for the Igbo people and Nigerians as a whole.

The statement partly read, “For the avoidance of doubt, Ohanaeze Ndigbo has never contemplated consultation to deities in seeking solutions for the Igbo dilemma. The Igbo are profoundly endowed in various ways least of which is a resort to deities.

“It needs to be added that on November 15, 2022, the National Executive Committee of Ohanaeze Ndigbo held a meeting presided over by Obiozor.”

It further said, “The issue of the place of the Igbo in 2023 was elaborately discussed, wherein Obiozor stated: ‘Having traversed the length and breadth of the country on an advocacy mission for the emergence of a President of Nigeria from the South East zone in the 2023 general elections.

“We expected a positive outcome, but the two major political parties, APC and PDP rejected with impunity and impudence the practice and convention of the last twenty years of rotation and zoning of the office of the President.’

“However, the emergence of Mr Peter Obi as of today has fulfilled all the expectations of Ndigbo to participate in the 2023 Presidential elections which includes winning the primaries of the party and being nominated as the Presidential candidate of the party.

“This is the advice given to all Igbo contestants in the 2023 Presidential election which is appropriate by virtue of justice, equity and fairness.

“The situation in the country today offers Ndigbo the opportunity to relaunch themselves in all socio-political dimensions.

According to the statement, Obiozor added “Yet, we must keep asking the rest of Nigerians, ‘what do they really want to do with Ndigbo? The decision will be theirs and the response will be ours.”

The group added, “We rather used the opportunity to thank all the eminent Nigerians that have lent their support or thrown their weight behind the cause of justice, equity, unity, progress and corporate existence of Nigeria in the person of Mr Peter Obi.

“For Ohanaeze Ndigbo, it is either one is with us or against us but never will Nigerians be distracted, since history beckons. For several years to come, it will be recorded as “once upon a time, Ndigbo were shortchanged in the political calculations of Nigeria and Mr Peter Obi from Anambra State braved up to change the narratives and that he was able to fill the Nigerian expectations.

“All the dynamics and intrigues associated with the above scenario will form the essential component of the Igbo history.”

Concerning the office of the Secretary-General, it read, “Ohanaeze once more informs that the Secretary General of Ohanaeze Ndigbo Worldwide is Ambassador Okey Emuchay, MFR and any claim to the contrary are mischief makers, impostors, charlatans, social climbers.”