Odion Ighalo is at Man United on loan until the end of the season but Ole Gunnar Solskjaer has refused to rule out signing him on a permanent basis.

Ighalo, 30, joined United on deadline day in the January transfer window and has travelled with teammates to London ahead of the Monday night Premier League fixture at Chelsea.

The Shanghai Shenhua striker did not fly with the United squad to their warm weather training camp in Marbella amid the possibility Ighalo could be refused re-entry into the United Kingdom, having travelled from China, where the Coronavirus originated.

Ighalo has not started a professional match since December 1 and his loan could last just three months, with United’s final league game at Leicester City on May 17.
“It’s a loan, but when you’re in the door – and if you impress – it gives you a chance,” Solskjaer said.

“That’s exactly the same for everyone who signs.

“That doesn’t just go for Odion but, since you asked, yes, his incentive is to play as well as he can and it’s up to us to make sure he wants to stay, if we want him.”

United turned to Ighalo after receiving little encouragement over a possible deal for the Bournemouth striker Joshua King.

Romelu Lukaku informed Solskjaer of his intention to leave in March but United only moved to sign a goalscorer after Marcus Rashford sustained a double stress fracture to his back against Wolves on January 15.

The addition of Ighalo and interest in King drew derision from some quarters over links to Solskjaer’s agent Jim Solbakken – who used to represent King – while Ighalo’s agent, Atta Aneke, is an associate of Solbakken.

Tottenham Hotspur enquired about Ighalo but the boyhood United fan wanted to play at Old Trafford and Chelsea also failed to recruit a striker in January.

“Don’t go down that route now,” Solskjaer replied at the suggestion Ighalo was a ‘desperate’ signing.

“He’s a loan player that we’re very happy with having here. Hopefully he’ll prove to you what I think he will. He’s a proven goalscorer, so he’ll do alright.

“I’m very happy with the two guys we brought in and it’s not just us and Chelsea. But to finally have got Bruno [Fernandes] over the line, to have signed him after following him for so long, and just seeing what he can give us and what he will give us, has been great.

And it will be great to integrate Odion as well.”

Solskjaer was criticised for signing Solbakken’s clients Magnus Eikrem and Mats Daehli, as well as Jo Inge Berget during his disastrous eight-month spell as Cardiff City manager in 2014.

United academy graduate Daehli made 22 league appearances for Cardiff, Eikrem six and Berget figured in the Premier League only once. 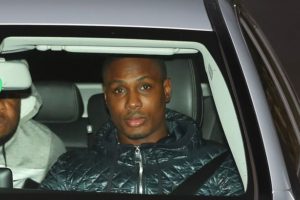