Process & Industrial Developments Limited has said it will continue its efforts to identify and seize Nigerian assets.

The British firm, on August 16, 2019, won a $9.6bn UK court judgement against the Nigerian government over a failed gas deal signed in January 2010.

The company said the President Muhammadu Buhari administration continued to show no willingness to negotiate in good faith in order to find “a reasonable resolution to the debt.”

“As a result, P&ID will continue its efforts to identify and seize Nigerian assets to satisfy the debt as soon as possible,” it added.

P&ID, in a statement on Thursday, accused the Nigerian government of carrying out a targeted campaign of unlawful and illegal detentions aimed at innocent individuals associated with the company.

Andrew Stafford Q.C. of Kobre & Kim, which represents P&ID, said, “The Nigerian government, through the Economic and Financial Crimes Commission, is carrying out a targeted campaign of detentions aimed at individuals associated with P&ID and the US $9.6bn arbitration award P&ID has won against Nigeria.

“The detentions are illegal, and appear to be aimed at coercing false testimony to support Nigeria’s claim that P&ID’s award is a fraud. Nigeria’s Attorney General Abubakar Malami has acknowledged that his aim is to provoke global opposition against P&ID, by undertaking these attacks.

“P&ID calls on the government of Nigeria to accept its responsibilities under the law, and to cease the unlawful detentions.”

In 2012, P&ID took the government to arbitration over the failure of the deal in which the Nigerian government agreed to supply gas to a processing plant that the company would build and run.

The tribunal, made up of Lord Hoffman (presiding arbitrator), Chief Bayo Ojo (Nigeria’s arbitrator) and Sir Anthony Evans (P&ID’s), was organised in London under the rules of the Nigerian Arbitration and Conciliation Act as part of the original contractual agreement between parties.

In January 2017, the tribunal ordered the Nigeria government to pay P&ID the sum of $6.597bn together with interest at the rate of seven per cent from March 20, 2013 until the date of the award and at the same rate thereafter until payment. 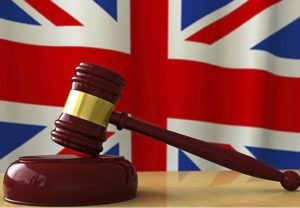