Stakeholders of All Progressives Congress (APC) in Adamawa State have taken stock of how the party lost the state in the 2019 election due to disunity and resolved to put the past behind them and take back the state in 2023.

The stakeholders came out of a reconciliatory meeting in Yola on Friday night saying they had learnt their lessons and would henceforth work together for the success of the party at all levels.

A former member of the Economic and Financial Crimes Commission (EFCC), Nuhu Ribadu, and Hajia Aisha Buhari’s brother, Ahmed Halilu (Mudi) had been bitterly against Sen Mohammed Jibrilla (Bindow) after Bindow as the state governor at the time, won the APC governorship primary which Ribadu and Mudi discredited.

Ribadu who attended the Adamawa State APC Steering Committee/State Exco/Stakeholders Reconciliatory Meeting of Friday night stressed that the intra-party conflict which cost the party the chance of retaining the state at the 2019 governorship election would never occur again.

“Never again will we let that happen,” he said during a review remark at the end of the meeting.

The meeting was the first in what may be a series of similar meetings following the constitution of a 39-member Central Steering Committee of the APC to reconcile misgivings and reposition the party for future success.

Ribadu said, “We are here saying enough is enough. We will work together, we will never allow anything to come between us that will affect our fortunes and the fortunes of our party.

“APC is a progressive party, our opponents are conservatives. It was so unfortunate that we were not guided in the past as a result of which our political enemies benefitted.”

Urging a demonstration of the new resolve in the council-level elections scheduled for the state in November, Ribadu said, “It will never happen again in Adamawa. We have an election coming, the local government election. We intend to do it properly and fairly and we will not allow anybody to cheat us again.

“We have all assembled here, all the leaders of the party from the local government to state levels. We have all resolved to work together for the victory of our party.”

Earlier in his remark, chairman of the APC Steering Committee and one time Minister of Defence and Internal Affairs respectively, Abdurrahman Adamu, said that disturbed by the lingering precarious relationship among members of the party, elders took the gauntlet to restore sanity and orderliness after the party waded through misunderstanding for a long time.

The Chairman Sub-Committee on Reconciliation, Dahiru Bobbo, said his committee was delegated to reconcile aggrieved members and put the party on the threshold of prosperity. 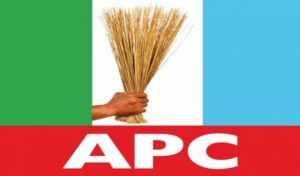