Atiku, a former vice president, who jetted out of the country since April, has not returned. His political associates said Atiku had remained in Dubai following alleged plots by some bigwigs in the ruling APC and top officials of government to “blackmail” him.

One of his allies said, “After the February 23 election, don’t forget that was a very hectic process, physically, spiritually, emotionally and otherwise. So, he took a break to go and rest. All of us did, I did it too.”

But another highly placed source close to the former vice president who spoke on condition of anonimity said, “He took a break after the elections and was planning to come back to attend a programme at the AUN and that was in May, he travelled in April.

“But there was credible information on the evil plots of these people. And they were planning the MKO Abiola model. We all know what happened in the case of MKO Abiola, contrived allegations, arrest, and all of that, and he stayed away.

“That situation has not changed. We know the character of this administration, what they are capable of doing and we didn’t want him to be the issue. The issue now is the democracy that was at a crossroad. And that is what everybody was focused on, it was only common sense for him to stay away while all the processes were playing out.

“So, that is why he has continued to stay away. He is in Dubai,” he said. 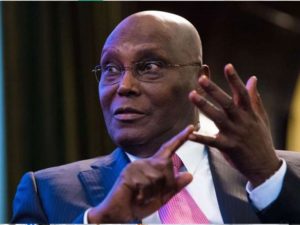