Over 120 traders, operating at the Police Officers Wives Association (POWA), Phase 2, Plaza, Computer Village, Ikeja, have accused wife of the Inspector-General of Police, Mrs. Fatima Adamu, of attempting to take over their shops and destroy their source of livelihood.

According to them, Adamu has concluded plans to demolish the shops, construct new ones and then release the shops.

Adamu is the national president of POWA. A source close to the IG’s wife, however, told our correspondent that the woman in question was not aware of the shenanigans going on in the market. It was learnt that a senior police officer’s wife has been using the name of the IG’s wife to carry out illegal eviction of the traders.

The woman is alleged to be colluding with a land developer to achieve this aim.

The traders, who came out on Friday armed with placards, said that the demolition would bring untold hardship on them and their family members.

They urged the IG, Mohammed Adamu, to look into their plight and plead with his wife on their behalf.

The traders argued that nobody bothered to carry them along in the planning of the alleged planned demolition.

The Chairman of POWA Plaza 2, Mr. Ebechukwu Enekwe, said that they were uneasy with the planned demolition, stressing that nobody was sure of ever getting his or her shop back.

He said: “A lot of us will suffer if this plaza is demolished. This is where majority of us make our living from. Many of us are still servicing bank loans which we took to pump into our business. If we’re displaced, we don’t know what would become of our wives, family members and children. Some of us have dependants.”

The former Vice President of the plaza, Mr. Mark Eze, disclosed that some of the traders had paid advance rent.

He added: “We’re appealing to the Nigeria Police Force and Lagos State government to come to our aid. They should help us to stop this demolition plan. Our lives and the future of our children are being threatened.”

The Secretary of the plaza, Mrs. Benedict Osas, said: “A lot of widows are feeding their families through this plaza. Lives would become unbearable for them if this demolition is carried out. There are over 100 shops with over 2,000 employees in the plaza. If this plaza is demolished, the effect on us will be disastrous.”

The Lagos State Chairperson of POWA, Mrs. Sarah Ajani, said they had been resisted by the traders, insisting POWA also had a series of meetings with them, regarding the upgrading of the plaza.

Ajani explained that the disagreement started when the occupants of POWA Phase 2, were given a letter of eviction in July to vacate the premises for reconstruction in September which was later shifted to December following pleas.

She said: “The eviction notice was given to them following the directive of the Ministry of Environment to us to upgrade it or face demolition by the state. The National President of POWA, Mrs. Fatima Adamu, had earlier signed a letter indicating that traders with genuine allocation documents from POWA in the old structure shall be reapportioned shops by POWA from the shops accrued to it when the new structure is fully completed.

“The same number of shops demolished shall be reapportioned to the original tenants upon completion of the new structure. We are doing this in a bid to meet up with the standard of Lagos State Ministry of Environment. The purpose is to create an ultramodern plaza with better facilities and create more shops that would accommodate more officers.”

The Liaison Officer of POWA, who gave her name simply as Inspector Esther, said that the demolition became necessary after receiving complaints that the structure had weakened, necessitating it being reconstructed.

She added: “Even those who have paid in advance will reach an agreement with their landladies and continue doing business till the time their supposed rent will expire or be renewed.” 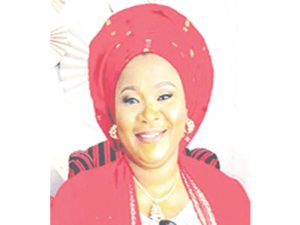