Yomi Fabiyi excitedly took to Instagram to show off his new car which he is said is one of the profits from a new movie he produced.

Sharing a photo of the new Ford car, the Nollywood actor revealed that he made N7m from the sales of his movie ‘SAADAT’ and has also bought a land, film equipments, office equipment and also shopped from the profit.

One of the PROFITS from sales of SADAAT MOVIE.
I must thank all my FANS in Diaspora, My Promoters Abroad, The Cast and Crew of SADAAT, Executive . Over 7million profit after deducting expenses. Ose Olorun. Land, Film equipments, Office equipment, shoppings. Ese oh.

Testimony mi yapa. It is God, the FANS and wonderful colleagues. My fans came out offline and showed me what it means to have them. My mama no sleep for heaven forget me oh. Ese maami. Redemption!

Thanks to my other colleagues who supported and came through during the tour. To my cast and crew, thank God una don collect una money during location. Many Many thanks. Ooops! the machine don reach Naija before me sha. MOJERE. 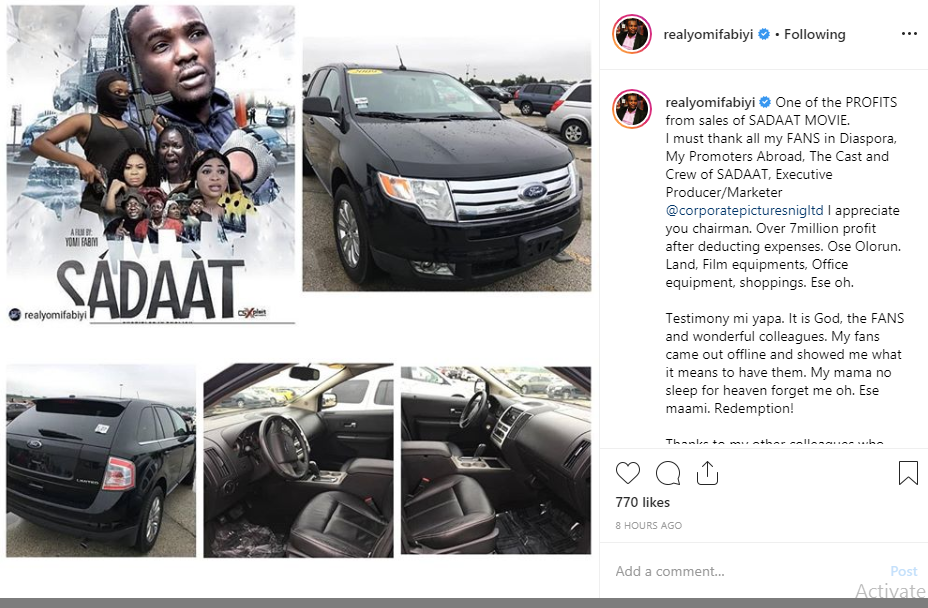 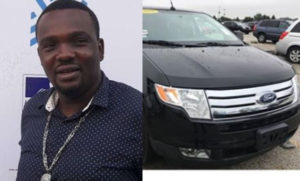